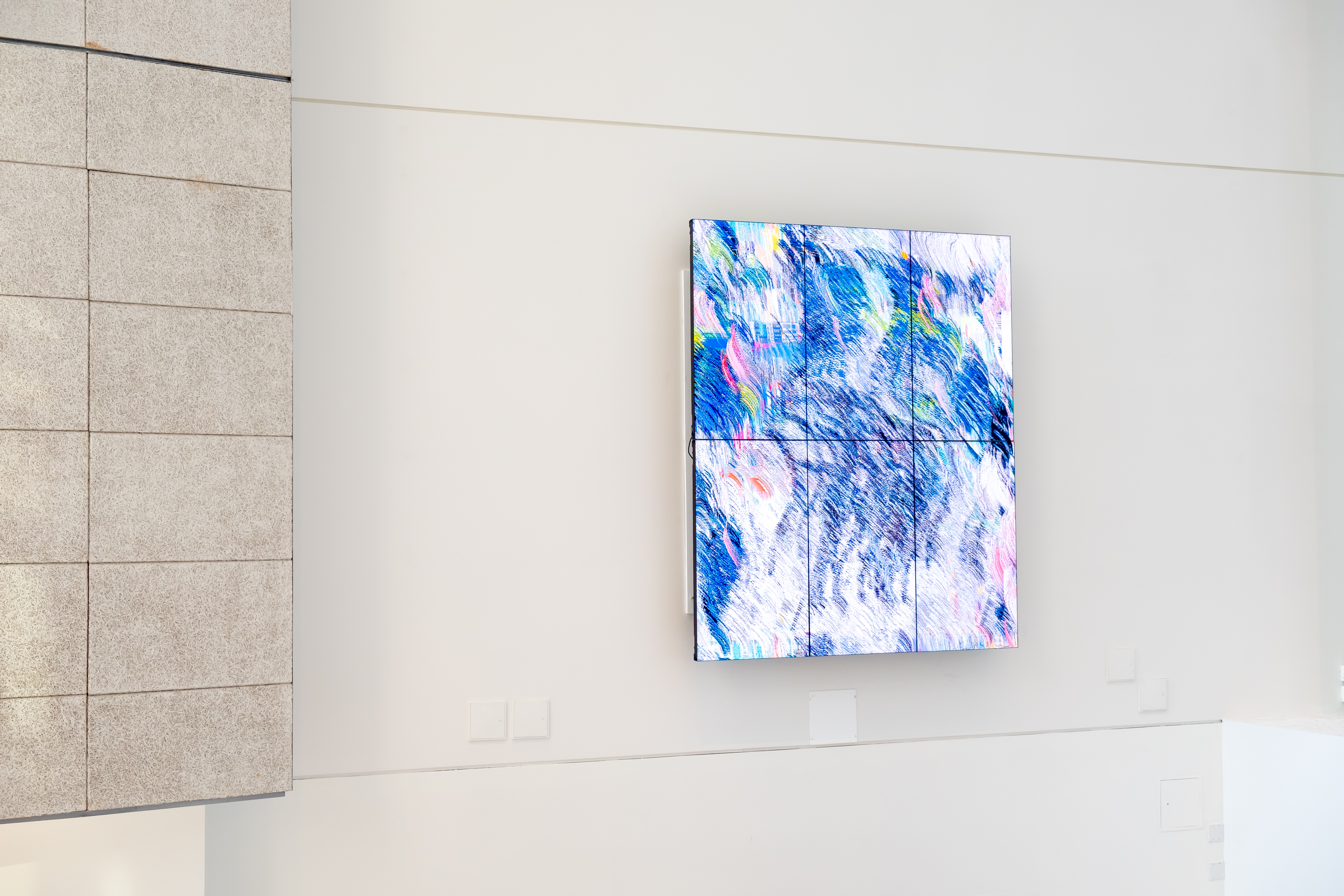 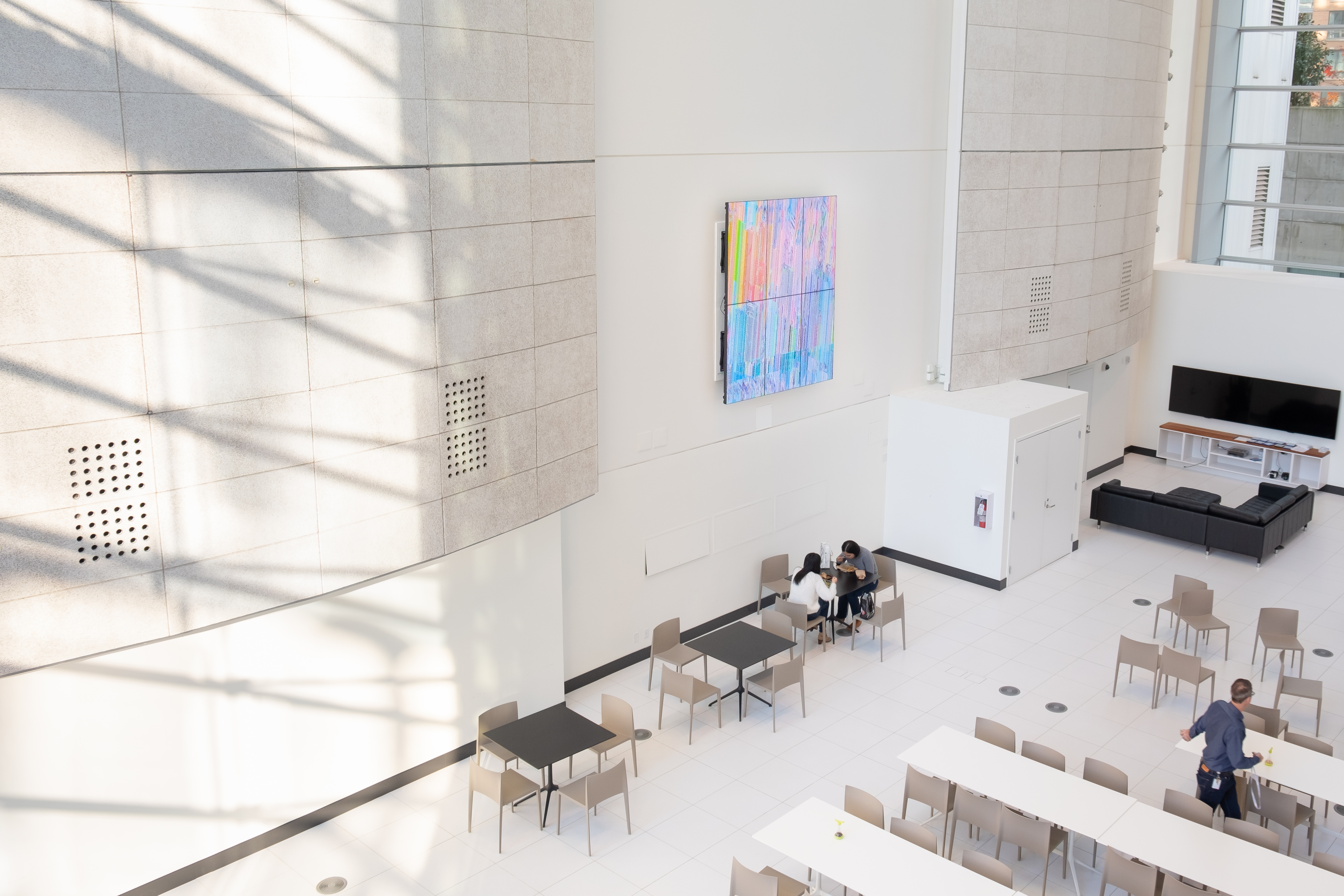 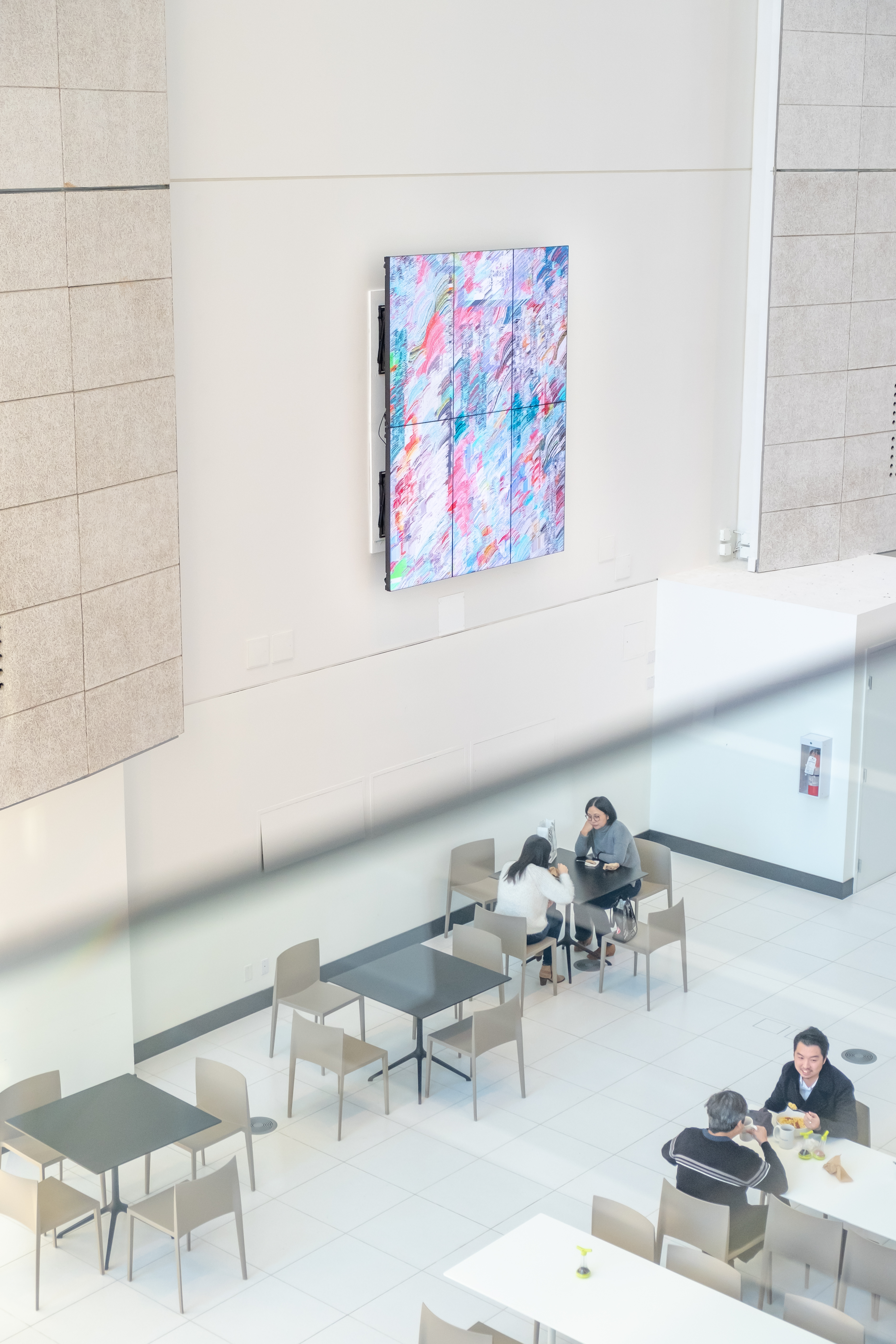 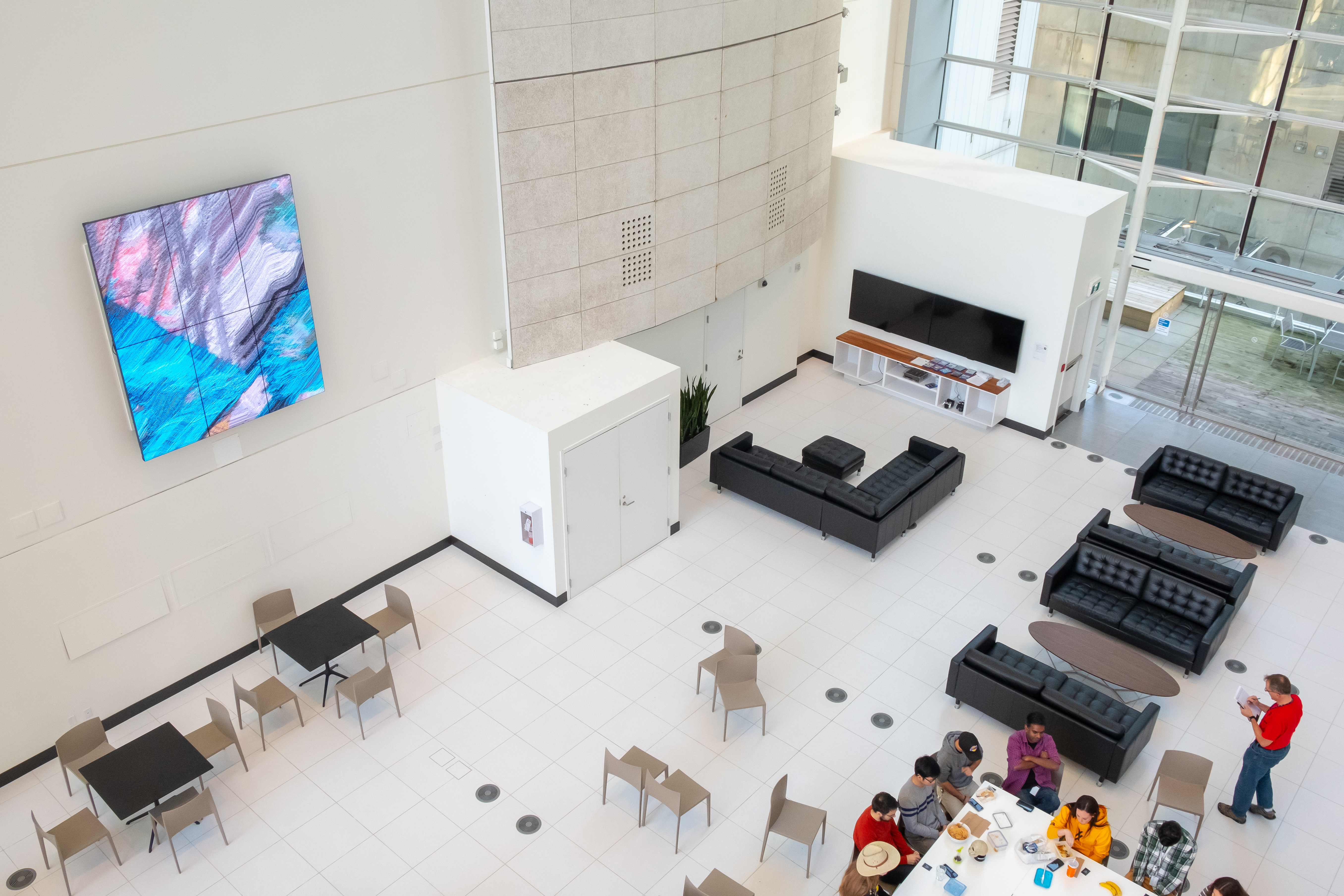 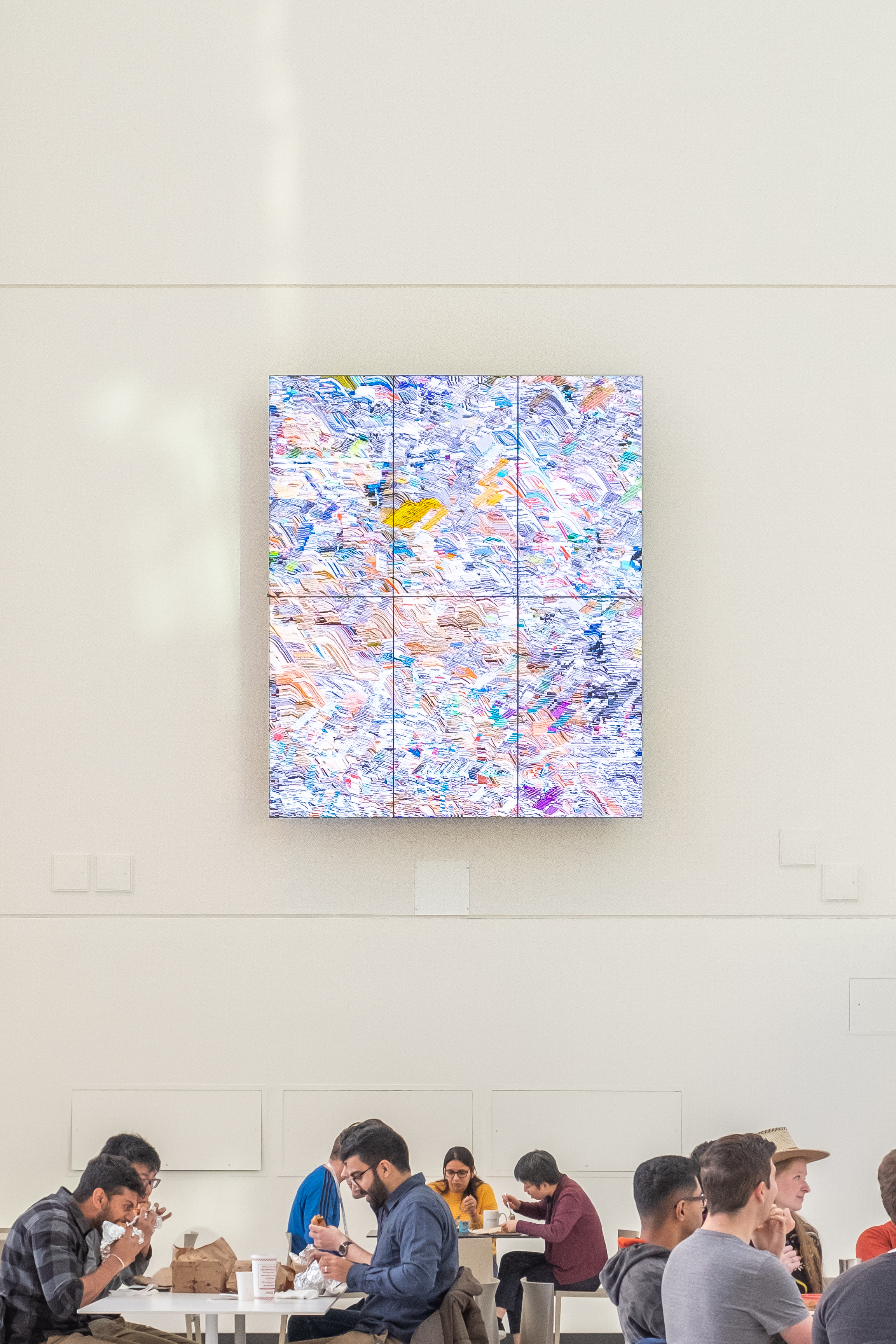 After its exhibition at Burrard Arts Foundation, an opportunity arose to commission a new version of a finely-tuned inference engine thwarted by a painting of an ouroboros. While utilizing the same source material, some refinements were made, such as upping the image cache from 10,000 to 50,000 to add a few 0s to the probability of seeing the same image twice, along with a change in presentation to feature one iteration of the program instead of multiple smaller generators. This invariably changes the work and its relations to the spectator, and yet the BAF version and this are almost two sides of a coin.

This work will be active in Avigilon’s Vancouver HQ for the foreseeable future, and provide a foundation for their growing new media collection.